We were recently contacted by the University of Rochester Laser Lab to help solve an EMI issue during experiments. The Team purchased a 24″ x 24″ x 24″ RF / EMI Shielded Tabletop Enclosure, which helped solve their problem. Below is a short summary by Owen Mannion of the Laser Lab:

“Neutron time of flight detectors are vital diagnostics for experiments performed at the OMEGA laser system at the University of Rochester’s Laboratory for Laser Energetic (LLE). The calibration of these neutron time of flight detector requires short impulse (~10 ps) of X rays to be incident on the detector. At the LLE’s Multi-Terawatt Laser (MTW) X rays are produced by illuminating a metallic foil with a short laser pulse.

During experiments on MTW, we shortly discovered that short-pulsed lasers such as MTW generate a significant amount of EMI with an amplitude equal to if not greater than the x-ray signals we were trying to measure. We soon realized we needed proper shielding for our oscilloscopes and cables if we were to make our desired measurements.

We then reached out to Select Fabricators who suggested 2′ Cube DW June enclosure which would fit our oscilloscopes and shield from EMI up into the GHz range. We decided to go with this enclosure and they were extremely helpful and made sure we had the box in time for our next set of experiments.

Once we had the box assembled we began testing on MTW and the enclosure worked perfectly. Our detectors were enclosed in lead shielding while enclosure sat to the side with our oscilloscope placed inside (see images). The EMI level dropped from 120 mV down to below the oscilloscope noise (see images). We were able to measure our x-ray signals without worrying about the EMI background and were able to get a full week of great measurements.”

Contact our team at SFI if you have any shielding needs in your lab. 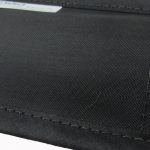 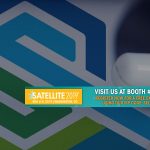 Join Select Fabricators at SATELLITE 2019 May 6-9th in Washington D.C.Articles