Many products require RF/EMI testing to be conducted in a cleanroom environment ranging from large satellites to small chips, components or subassemblies.

Contamination control often requires an RF/EMI shielding enclosure that has been processed in an appropriate certified cleanroom.

When using a RF/EMI shielding test box, pouch, curtain, or tent for testing inside a cleanroom, it must meet the cleanroom compatibility requirements. Therefore, the shielded enclosure must be cleaned in a certified cleanroom. This requires cleanroom-trained personnel following strict procedures, and testing to ensure compliance to the specific requirements of the application. The cleanrooms where the RF shielding enclosures are processed should be third party certified by an ISO accredited (ISO-17025:2005) certification agency. Strict contamination control testing and record keeping must comply with customer requirements and specific standards.

The design of the RF shielding box, pouch, curtain, or tent is also critical to assure particles are not generated in use from abrasion or flexing subsequent to the cleanroom processing. Materials, including high attenuation RF shielding fabrics, are chosen and tested to control particulate shedding and outgassing. Standard components may require modification to comply with the specific contamination control program. 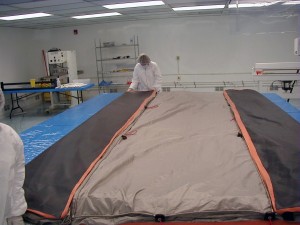 RF/EMI testing of large vehicles and aerospace projects often utilize very large RF shielding enclosures operating inside a cleanroom environment. In this case, the RF shielding room or tent must be designed, engineered, and fabricated to function as part of the cleanroom facility itself, including positive air pressure; low particulate materials, parts, and components; as well as entry ways designed to control both particles and EMI.

The fabrication process includes precision cleaning of all components including frames, fabric, and hardware; inspection; and double packaging into cleanroom bags or wrappings. To protect large products during shipping, they are packed in containers or crates. Material delivered in this cleanroom packaging is thus ready to enter the customer’s cleanroom annex upon arrival.

Select Fabricators’ Class 100 and Class 1000 cleanroom facility is certified by an independent ISO accredited (ISO-17025:2005) agency every six months to assure compliance. This on-site cleanroom is equipped with an ultraviolet light for testing per the NASA JPG 5322.1 specification to meet VC and VC+UV cleanliness standards. An in-house liquid particle testing system is used to measure material surface particulate and certify to IEST-CC-STD1246 standards. Certificates of Conformance are issued per customer requirements. 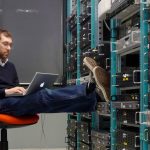 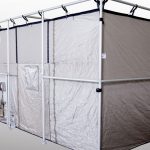